Diadem, a company developing the first blood-based test for the early prediction of Alzheimer’s disease (AD) and based within OpenZone campus, announced that its researchers have developed computational methods that enable its AlzoSure® Predict prognostic technology to accurately identify individuals who will rapidly progress to AD within two years' time. More than 95% of the patients above the new computational "cutoff" used to define "rapid progressors" were shown to progress to AD within two years' time, regardless of their baseline diagnosis. Using a modified form of the new approach, Diadem was able to do even better, accurately identifying a cohort where 100% of the patients progressed to AD within two years, while none of the patients not included in the modified cutoff cohort did so.
The computational analysis were developed using a relatively limited number of patient samples from major international longitudinal patient databases. The results will be further validated and expanded, and these analyses are already underway using global cohorts of qualified biological samples. 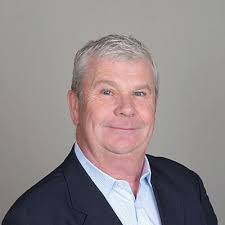 We believe that this new refinement of our AlzoSure® Predict test could not be more timely, as last week's FDA approval of lecanemab, which shows promising signs of slowing cognitive decline in early AD, highlights the need for accurate and economical screening tools to select patients most likely to benefit from early treatment. The cost benefit trade-off in choosing whether or not to take these drugs, with their potential side effects and high costs, is shifted when a patient is identified by AlzoSure® Predict's new computational cutoff as having a high probability of advancing to AD in just two years' time. The additional feature should also be valuable for drug development, since it will allow researchers to select "rapid progressor" patients for clinical testing who are almost certain to develop AD within two years, enabling a much faster and more cost-effective read-out of clinical trial results.